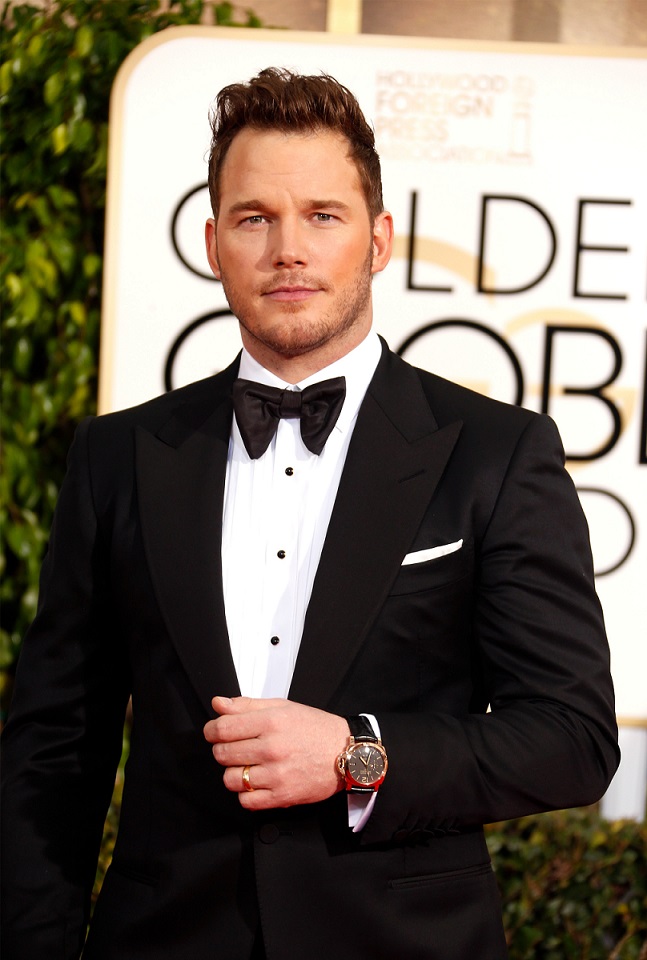 [dropcap]G[/dropcap]olden Globes Presenter and Actor Chris Pratt wears Officine Panerai’s Luminor 1950 8 Day GMT Oro Rosso – 44mm at the 72nd Annual Golden Globes Ceremony in Los Angeles on the 11th of January. According to Forbes “Chris Pratt was undoubtedly one of the breakout stars of 2014 thanks to Guardians of the Galaxy and his role on Parks and Recreation”. The Officine Panerai Luminor 1950 8 Days Gmt Oro Rosso -44mm (known as the PAM 576) is also mentioned as one of the top 5 bestwatches of the ceremony. This model has the essential lines of the Luminor 1950 case, faithful to the unmistakable Panerai identity with the P.2002 in-house movement.