[dropcap]L[/dropcap]ast weekend the third yacht of the announced next generation MCY line has been presented at Porto Piccolo, in the Gulf of Trieste, alongside the MCY 70 and MCY 66. The three new yachts of the Monfalcone shipyard announced for 2019 mark a new generation of evolution for the timeless elegance that has distinguished the Italian yacht maker for over a decade.

The new MCY 76, the next embodiment of Monte Carlo Yachts’ first ever yacht, stands for the company’s ongoing, organic evolution, which seeks to maintain its authentic, elegant and timeless appeal while continuously improving and innovating upon its prized core characteristics and defining traits.

“The MCY 76 is where it all began over ten years ago,” says Fabrizio Iarrera, Managing Director of Monte Carlo Yachts. “Today, we present its new evolution, thanking all the customers that over the years have made an MCY their own. Each MCY is built around the individual, and each is as unique as its owner”.

At 23.06 mt, the new MCY76 offers increased unique customisation opportunities in its size category, a trait shared with the MCY 70 and MCY 66, alongside the even greater exposure to natural light afforded by the wider windows for an even increased personal relationship with the sea. The exterior lines of the new MCY 76 are sleeker than ever, inspired by the larger units of the MCY Collection.

“The new MCY 76 is the natural seamless evolution of the very first yacht we designed with Monte Carlo Yachts over a decade ago”, say Carlo Nuvolari and Dan Lenard. “We have worked on many projects since then, and each of them is recognizably an MCY while having its own distinct personality and allure. Going back to the MCY 76 has been like coming home, in a way, and finding it more beautiful than ever before.” 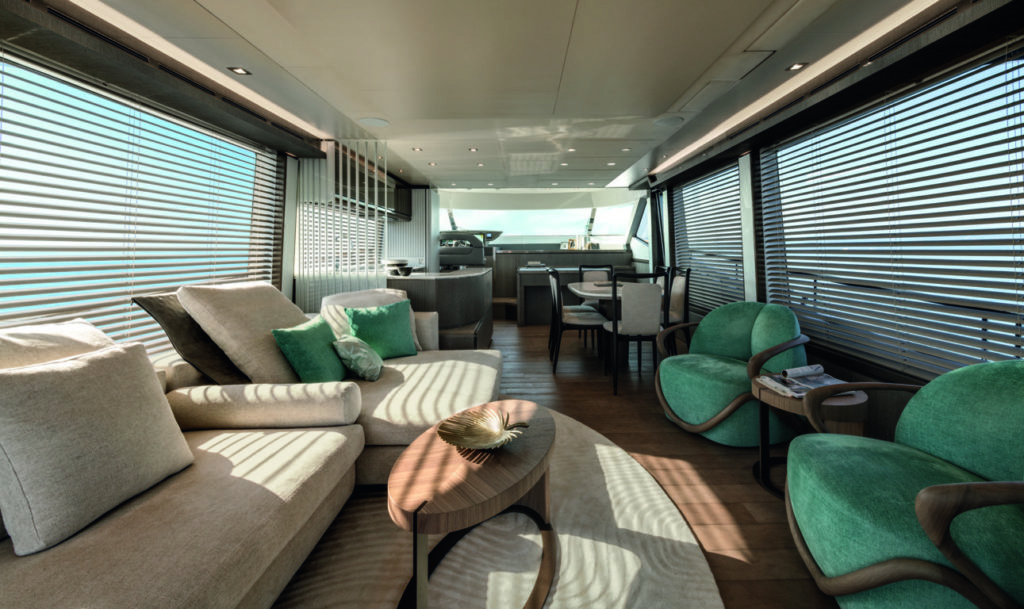 As anticipated by the new MCY 70 and MCY 66, the MCY 76 features larger than ever life interior spaces, enhanced exposure to natural light, and unprecedented custom layout configurations. The key words in the new MCY 76 are increased privacy, extreme comfort, and personalization. The presence of multiple living spaces on the main deck enables individuals to relax on the comfortable sofas and armchairs, or dine on the spacious Carrara marble table. A fully equipped galley naturally integrated in the saloon layout has been designed to fulfil the owner’s desires. 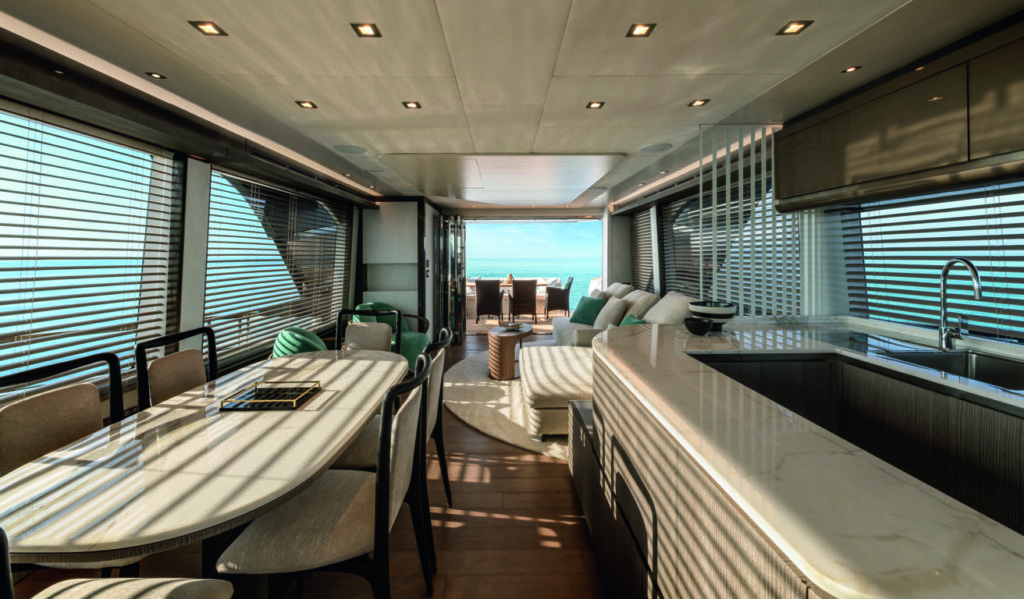 The interiors are highlighted by three-dimensional decor elements combined with elegant and sophisticated pairing of fabrics and wood panels. Pierre Frey, Hermès and Rubelli textures are only a few of the wide range of high quality materials chosen by the customer to furnish the MCY 76.

White and grey pickled oak woods combined with lacquered and reflective details enrich the elegant interior design from the main deck all the way thorough the lobby and the interior of each of the four cabins. Innovation alongside continuity is the concept behind the second generation of MCY’ Collection. Know-how investments, dedication and a positive attitude will continue to drive the brand in the long-run.

The MCY 76, together with the MCY 70 and MCY 66, will be on show at the next season Boat Shows, in Cannes and Genoa.