Home New Builds It was 1939 when Zephyr was launched. Survived the war, this iconic...

There is something captivating about the cruisers designed and built by the soon-to-be members of Feadship in the years leading up to World War II. They exude classic style in the black & white photographs from the era while the yachts which have survived down the decades make an even more imposing impression in full-colour real life. And then, raising the bar even higher, there are the motoryachts of the Feadship Heritage Fleet which have been lovingly restored to their former glory. Zephyr is a truly worthy new member of this fleet in every respect. 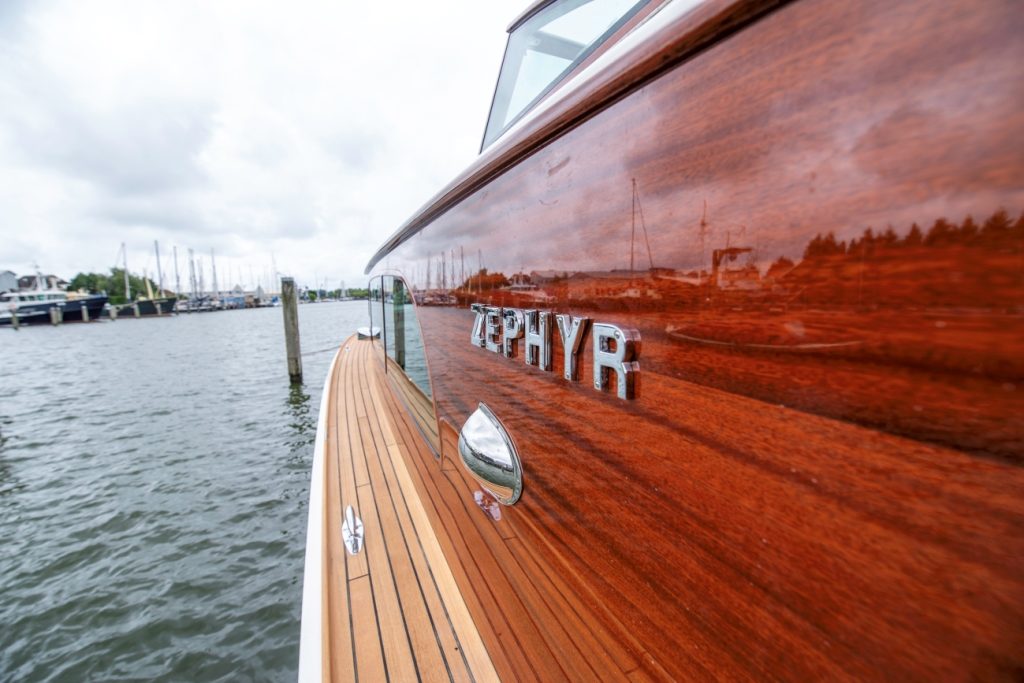 “A modern design”,  can be read in an article at the time
15-metre motoryachts of this size and sophistication were big news at the time of Zephyr‘s original build. In August 1939, Yachting World published a lengthy article on her “modern design” with two V8 engines. “Very rarely is it considered worthwhile to carry out a series of tank tests of a motor cruiser of less that 50ft,” the piece began. “But it is occasionally done in Holland if a high performance is required. In the case of Zephyr this was very carefully carried out in the tank at Wageningen and it is to the credit of the designer that the scalemodel showed practically a straight line resistance curve up to 19 knots”.

The article went on to discuss how the owner of Zephyr was a repeat client who had previously ordered the yacht Nepos from Henri De Voogt. “She had been a great success but the owner wanted something a little faster and returned to the same designer for his new boat.” It is fascinating to read how such custom requests were met and Yachting World wasalso very impressed with the construction work of the yard. “Zephyr is most beautifully built. Nepos was very easy on the eye but Zephyr is even more so.” 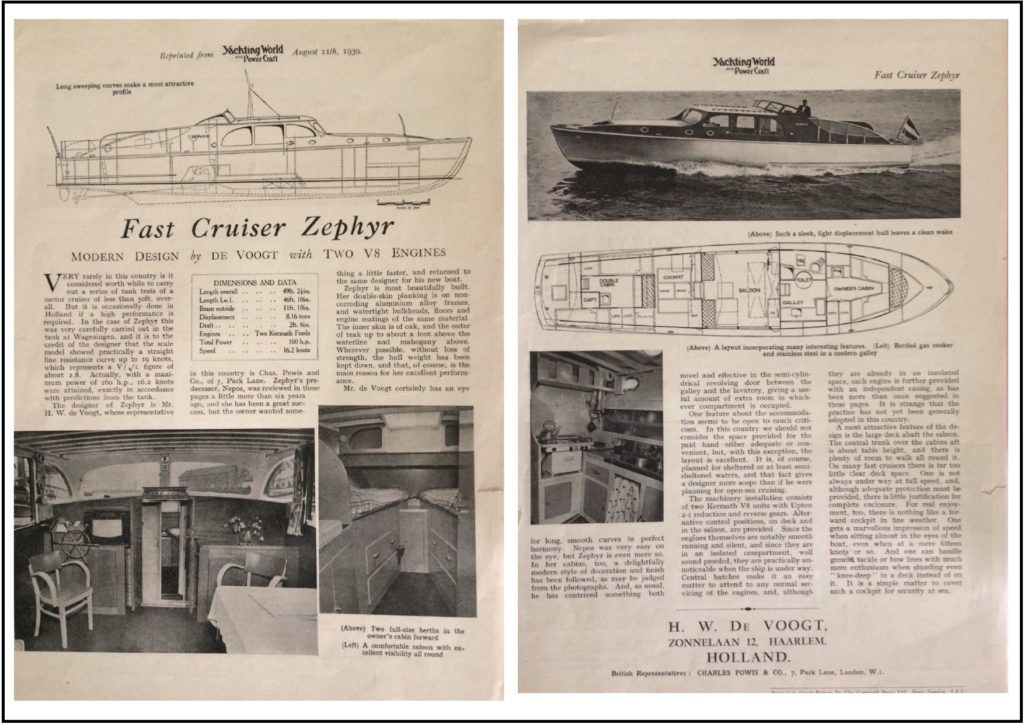 Investments in pleasure
Unsurprisingly, no records exist of how Zephyr fared during the war years but she clearly avoided the fate of the many yachts destroyed during this dark period for the Netherlands. The owners, the Smit family, were able to make good use of their not insignificant original investment of 14,000 Dutch guilders in the 1950s and 1960s. Less is known about the yacht’s later years apart from the fact that Zephyr had a Greek owner for some time who added a flybridge and two stern drives.