Hodgdon CEO Timothy Hodgdon said, “We are pleased to continue growing the business as we approach our 200th anniversary, a milestone we will celebrate in 2016. This new division perfectly complements Hodgdon’s world-renowned custom boat building, custom superyacht tenders, interiors and defense divisions.”

Spaulding said, “The addition of Hodgdon Yacht Services and the integration of Boothbay Region Boatyard and Wotton’s Wharf into Hodgdon’s existing facilities in East Boothbay establish Hodgdon as a significant presence in both service and refit. With the addition of the highly skilled maintenance and repair staff now in our employ from Southport to East Boothbay, we are poised to go after the service and refit markets in a big way. I am thrilled to be heading up this new initiative for Hodgdon.” 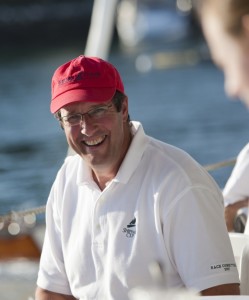 The company will celebrate the expansion with an open house Sunday, June 29 from 2 p.m. to 4 p.m. at its Southport boatyard. Customers and community members are invited to attend.

Hodgdon Yacht Services will provide maintenance, repair and refit services for recreational boats, yachts and superyachts. It will also provide storage and dockage at its Southport boatyard. The Southport boatyard can lift boats up to 50 tons and up to 65 feet in length. The new division also offers railway lifting capacity for superyachts up to 400 tons and up to 60 meters in length at its East Boothbay shipyard. Recent projects at the East Boothbay shipyard include refits of a 138-foot schooner and an 83-foot traditional yacht, as well as a refit of an 82-foot motor yacht with an ultra-lightweight interior. Both yards are supported by Hodgdon’s in-house advanced composite structural and systems engineering as well as its world famous interiors division.

Hodgdon’s newly acquired marina in Boothbay Harbor, known locally as Wotton’s Wharf, has more than 750 feet of linear dock space and a face dock of 500 feet. The wharf is the home base to the annual Shipyard Cup™, a Hodgdon-founded and hosted superyacht regatta that draws competitors from around the world and infuses significant dollars into the region each summer.

This expansion is part of an ongoing effort by Hodgdon to diversify the fifth generation-run company. Over the past 12 years, Hodgdon has grown from its roots as an internationally-known custom yacht builder to also become an industry leader in high quality yacht construction involving advanced composites design and construction, custom tenders for superyachts, yacht interiors, and projects for the United States Department of Defense.

In addition to its three facilities in the Boothbay region, Hodgdon has locations in Richmond and Damariscotta for its interiors division and its custom tender construction division, respectively.