[dropcap]S[/dropcap]irena Yachts is proud to announce that it has sold five units of the Sirena 88 flagship model since its world debut at 2019 Cannes Yachting Festival. Two of these were sold to owners in North America and two in Europe, with the fifth hull sold to a Russian owner at the boot Düsseldorf boat show in January. 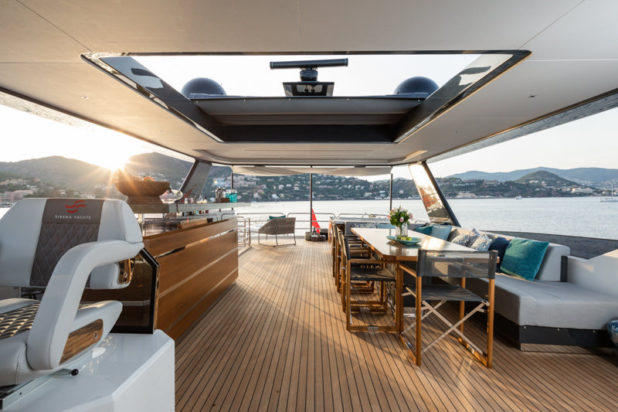 Commercial Director Ali Onger comments: “The Sirena 88 is so popular because it offers the largest interior volume in its class. We’re talking about an 7.1-meter/23’2” beam; there is nothing else like that in this size bracket, without even mentioning its 25-knot maximum speed. And its range is impressive too: around 2,100 nautical miles at 9 knots. All these factors are serious advantages for our clients. Interior decoration is going to be different for each of the boats and they will reflect their respective owners’ needs. Its layout is also customizable, so long as the alterations do not interfere with technical aspects of the yacht.” 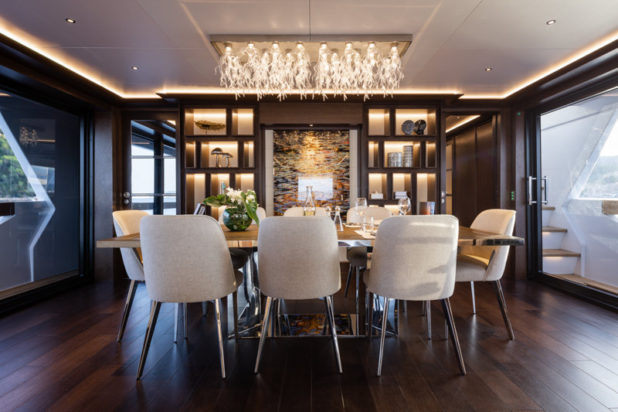 The first Sirena 88 will be delivered in April 2020, with the following unit to be received by the owner at the end of the summer. The third yacht’s delivery is scheduled for late 2020, and the fourth and fifth are due in April and June 2021.

Sirena’s Director of North American Sales, Constantinos Constantinou, adds: “I see two main contributing factors to the Sirena 88’s success:  firstly, the superb job done by our designers and engineers, evidenced by an Innovation award the 88 has received. The second success factor is our reputation and brand recognition. Sirena builds yachts of exceptional quality with impressive performance on the water with numerous innovations and unique features that are focused on safety and efficiency. This is being increasingly recognized by discerning yacht buyers and the yachting world alike.”