[dropcap]T[/dropcap]he third unit of the Bilgin 263 series has arrived at the outfitting facility located in West Istanbul and is now ready to be outfitted. Scheduled for delivery in 2022, this new project comes right after the launch of the first 80-metre yacht by Bilgin, which has the merit of being the largest yacht ever built in Turkey. 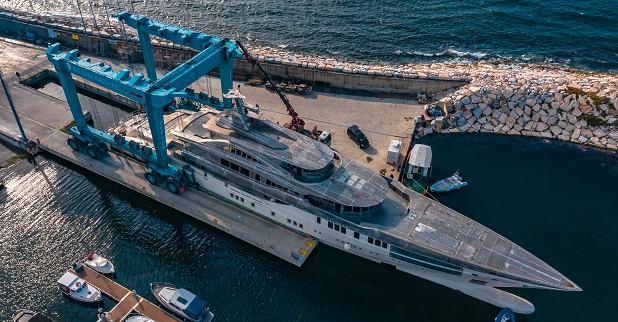 All the three units from the Bligin 263 series boast sharp exterior lines and stylish interior areas, offering a strong modern feeling. Even if she shares some similarities with her sisters, the new NB78 features a completely new layout. No doubt she will make a splash with her new look harmonized with the interior living areas. The yacht has larger living areas without losing her aggressive look. Emrecan Özgün, CEO and the Founder of Unique Yacht Design, describes the brand-new 263 series as follows: “With her design and comfort elements, the Bilgin 263 is truly one-of-a-kind. We created a very attractive yacht with a sleek and sexy profile while avoiding a high dosage of design clichés. The increase in living areas normally results in bulky designs. The Bilgin 263 has a design attitude that will dominate the yachting sector around the world. This will clearly make her a trendsetter among steel-aluminum superyachts of today.” 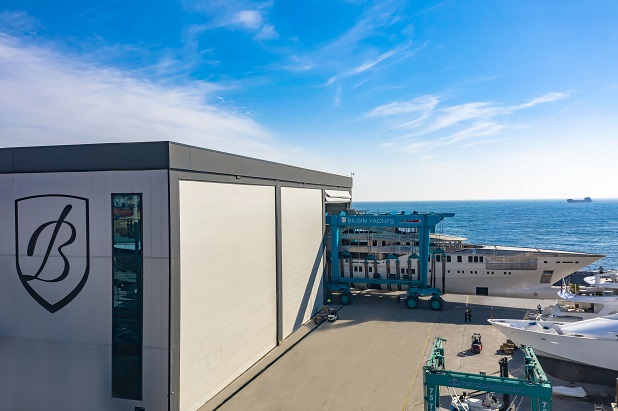 “As the first two hulls attract attention, Bilgin Yachts started to build the third one on-spec” Özgün continues. “The customer feedback helped us to optimize this third hull. So, we can define her as the facelift version of this series.”

NB78 can be described as the modified version of the 263 series, as Özgün explains: “If we talk about the exterior design at first point, NB78 has vertical front glasses that create a harmony between the superstructure and windows. Additionally, we increased the volume of the windows in the guest cabins. The top deck-with a more flowing design-has become larger in the aft section and as a result, the top deck has turned to be 3.5 meter longer. Following that, we also enlarged the aft part of the upper deck for around two meters. While we designed a Jacuzzi in the aft on the first two hulls, the third hull has a waterfall design from the upper deck to the main deck’s Jacuzzi”. 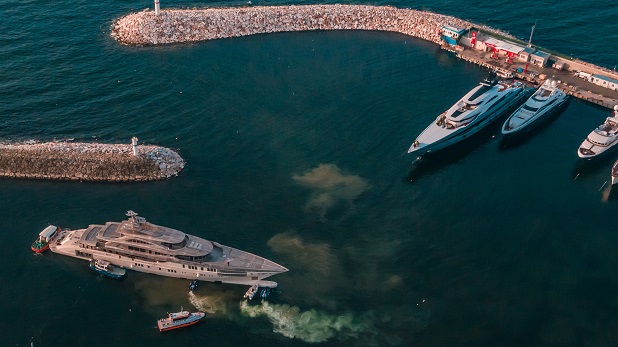 On board Bilgin I and II the wheelhouse was located on the upper deck, while on the third hull it is at the top deck level. The Owner’s cabin was moved to the front of the upper deck in order to have a larger area. Another significant difference is the circular stairs in the heart of the yacht. A glass surrounded lift is used from top deck until lower deck.

The 263 series emphasizes eco-friendliness, featuring a special exhaust system that provides 100% clean air emissions. With two 2,560 kW engines, NB78 can speed up to 20 knots, while her 15 knots cruising speed keeps her fuel consumption at 250 l/h. She is built in compliance with IMO Tier III certification and is considered to be the most environmentally friendly yacht in her class.